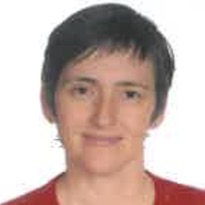 Delegation of the European Union to Mexico.

Imma Roca i Cortés was born in 1967 in Balaguer, Spain. She holds a degree in Political Sciences in the specialties of International Relations and Labor Studies and a postgraduate in European Studies in the College of Europe in Bruges (Belgium).   Imma Roca i Cortés has worked in the European Commission for more than a 15 years. In the framework of her work for this institution, she has lived in Jordan from 1997 to 1999 where she worked in the area of economic and technical cooperation and she has formed part of the European team responsible for the Global Agreement between the European Union and Mexico. From 2003 to September 2007 she lived in Managua, where she was the Head of the Political, Economic and Press Section of the Delegation of the European Commission for Central America and Panama.

Until September 2011, she worked at the EuroMed unit in the Directorate-General of External Relations of the European Commission, being responsible for the follow-up of the cultural, social and human development issues of the Euro-Mediterranean partnership and taking part on the development of the Union for the Mediterranean. She has also experience in the field of the electoral observation, having formed part of observation missions in Indonesia, Tanzania and Nicaragua.   Until September 2015 she worked as Head of Political, press and Information Section in the EU Delegation in Jordan.  Currently she is the Deputy Head of the EU Delegation in Mexico.