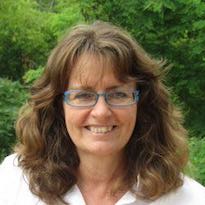 Before taking on her current position with CCAFS, Sophia Huyer was Executive Director of Women in Global Science and Technology – WISAT. She has been a leader in research and policy analysis on global gender equality issues relating to science, technology and sustainable development for over 20 years. She provided strategy and capacity development support to the Organization for Women in Science for the Developing World (OWSD) as their Senior Advisor from 2009-2013 and is affiliated with the Gender Advisory Board of the UN Commission on Science and Technology for Development (GAB-CSTD). She has been a consultant to FAO, UN Women and UNDP on gender equality relating to agriculture, climate change, disaster and risk reduction, energy and infrastructure, most recently as advisor to the FAO initiative on Reducing Women’s Work Burden and author of the UNDP / Government of Macedonia report Gender and Climate Change in Macedonia: Applying a Gender Lens to the Third National Communication on Climate Change.

As coordinator of the WISAT National Assessments on Gender and STI, she led an international analysis of qualitative and quantitative data to assess gender trends in knowledge economies in 10 developing world economies.  Major publications include the 2011 UNCTAD report, Applying a Gender Lens to Science, Technology and Innovation, addressing development challenges in agriculture and food security, water and sanitation, energy, and climate change and the 2007 UNESCO International Report on Science, Technology and Gender.  Her work in agriculture includes participation as co-author of the Women in Agriculture chapter of the International Assessment for Agricultural S&T for Development (IAASTD).  Sophia held a Fulbright Fellowship at the Kennedy School of Government at Harvard University  in 2000 and was a member of the Advisory Council of the Alliance for Affordable Internet (A4AI) for 2013-2014. Other professional memberships include WOCAN - Women Organizing for Change in Agriculture, the Organization for Women in Science for the Developing World (OWSD) and Natural Resources Management. She received her Ph.D. in Environmental Studies from York University in Toronto.