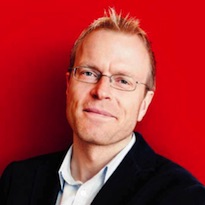 Dr Fredrik Bondestam has a doctorate in sociology (2004, Uppsala University) on feminist theory, gender equality and gender mainstreaming in academia, and has since then done research on gender and higher education in different respects, foremost on gender and organisational change, critical and feminist pedagogy and teaching, sexual harassment and violence, implementation of gender equality and gender mainstreaming, among other. His research spans other fields as well, for example risk, organisation and masculinities, gendered teaching in elementary schools, the role of feminist theory and methodology in sociological research. His main field of expertise is thus research politics, higher education, gender and gender mainstreaming in a broad sense, emanating from pioneering work at the Centre for Gender Research, Uppsala University, within the framework of a Centre of Excellence.

Dr Fredrik Bondestam also has experience from positions as Senior Advisor in the Swedish public sector on gender and gender mainstreaming, Head of unit for research and development at the Swedish Equality Ombudsman, Senior Lecturer on gender and pedagogy at Karolinska Institutet in Stockholm, and as CEO at Opoponax Gender Consulting. Currently he is working as Head of operations for GMA (Gender Mainstreaming Academia in Sweden) at the Swedish Secretariat for Gender Research and NIKK - Nordic Information on Gender, mainly focusing on research politics and gender research, as well as gender equality politics, in Sweden and the Nordic countries as well as in EU and beyond.

#SpeakerPreview Read the Guidelines for gender mainstreaming Academia, 2016 Fredrik will talk about