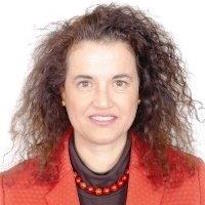 Shaping the Roadmap for RRI learning from the experience of advancing gender in STEM
Plenary: Social impact and responsibility of science and science policy