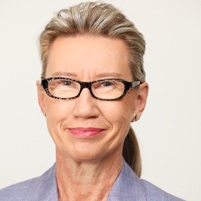 Professor Marja Makarow is Director of Biocenter Finland and Governing Board Member of the European Institute of Innovation and Technology (EIT). She is the former Vice-President of the Academy of Finland – the Finnish Research Council (2012-2016) and Vice-Rector for Research (2003-2007) and Professor of Applied Biochemistry and Molecular Biology of the University of Helsinki. Between 2008-2011, she served as Chief Executive of the European Science Foundation (ESF) in Strasbourg, France.