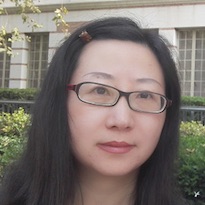 A Reversed Gender Pattern? A Meta-Analysis of Sex Differences in the Prevalence of Non-Suicidal Self-Injurious Behaviour Among Chinese Adolescents
Parallel: Integrating sex and gender in research and researcher training

Prof Yang received her PhD in Management Science from Xi’an Jiaotong University (China) in 2007, and then did Post-doc study in School of Public Health at University of Toronto in Canada (2011-2012) and a visiting professor at Stanford University (September 2014-September 2015). As the PI, Yang has been responsible for more than 20 projects in gender and population and has published more than 40 papers in English and Chinese as well as six monographs. Now her interests are mainly focused on gender imbalance, health risk behaviors and gendered innovation in STEM.