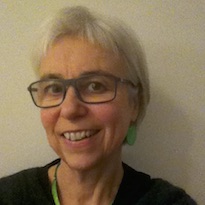 Beyond the Gender Paradox: Women’s Careers in Technology-Driven Research and Innovation In and Outside of Academe
Plenary: NordForsk Centres of Excellence

Gabriele Griffin is Professor of Gender Research at the Centre for Gender Studies, Uppsala University and PI for the Nordforsk Centre of Excellence ‘Beyond the Gender Paradox’ which will commence its work in January 2017. She is also Visiting Professor at the Gender Institute of the London School of Economics, UK, and at Åbo Akademi University in Finland. She has taught Women’s and Gender Studies for many years, has coordinated various EU-funded research projects on gender and on research methodologies, is editor of the ‘Research Methods in the arts and Humanities’ Edinburgh University Press) and was co-founding editor of the international journal Feminist Theory.

What Prof Griffin says about the Gender Summit:

"As labour markets, affected by technologization, marketization, new forms of regionalization and globalization, are shifting, questions of women’s situation in the new technology-driven industries are coming to the fore. The Gender Summit enables this new Nordforsk Excellence Centre, which begins its work in January 2017, to dialogue with other researchers and stakeholders interested in the issue of women in technology-driven careers including in e-health, research and innovation hubs, and the digital humanities."