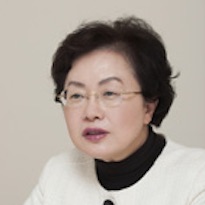 Gender analysis in the relationship between red and processed meat intake and colorectal cancer: a systematic review and meta-analysis
Parallel: Integrating sex and gender in research and researcher training

Dr Hee Young Paik is Professor Emeritus of the Department of Foods and Nutrition, Seoul National University, Seoul, Korea, and currently working as the Director of the Center for Gendered Innovations in Science and Technology Research (GISTeR), the Korea Federation of Women’s Science and Technology Associations. Dr. Paik received Sc.D. in Nutrition  from Harvard’s School of Public Health in Boston, USA. From 1984 to 2016, she worked as a faculty member at Sookmyung Women’s Univ. and Seoul National Univ. in Seoul, Korea.

She also has served as presidents of the Korean Home Economics Association(2003), the Korean Nutrition Society(2005), and the Korea Federation of Women's Science and Technology Associations(2014-2015), Council Member of the Intenrational Union of Nutritional Sciences (2005-2009), and the Minister of Gender Equality and Family, Republic of Korea(2009-2011). She has received several honors including Excellent Research Awards in Science (2005), National Honor for High Achievements in Science (2008), and Asia-Pacific Clinical Nutrition Award (2009).