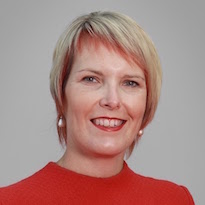 Dr Mel Thomson completed her Honours degree in microbiology and immunology at the University of Melbourne (1998). She then migrated to the UK where she worked on various projects as diverse as allergy and cancer before undertaking further studies. She completed a Masters of Research then a PhD in microbial genetic regulation in Neisseria species, both at University of York, UK. After the award of her PhD in 2009, she became interested the host-pathogen interactions at the Leeds Institute of Molecular Medicine, UK and worked as a researcher on an international team for an EU Framework 6 grant. Dr Thomson returned to Australia in 2011 to start her own research group at Deakin Medical School and the Geelong Centre for Emerging Infectious Diseases.

After more than 5 years as an independent researcher, she has now left the academy to help grow the innovation ecosystem for the Australian MedTech Pharma industry in her role as GM of Education, Skills and Events for MTPConnect. A passionate science communicator, she became a national ‘torch bearer’ for the concept of crowd funding academic research, with a track record of three successful ‘Pozible’ crowd funding campaigns, ‘Mighty Maggots’, ‘Hips 4 Hipsters’ and ‘No more Poo Taboo’. She is involved with advocacy for Women in STEMM as a founding steering committee member for Women in Science Australia and spoke on the intersections of disability and gender at the inaugural SAGE Symposium in June 2016.