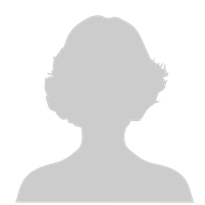 Amy joined Chwarae Teg (Fair Play) in 2011 and is the European Lead. She is responsible for ensuring that Chwarae Teg’s knowledge is shared beyond Wales, representing the charity overseas, participating in transnational networks and raising awareness of the value of collaborating with other countries.   Chwarae Teg has continued to be Wales’ leading organisation for supporting women’s progression in the economy since it was founded in 1992. It works to address four key barriers which persist for women in the workplace, namely: the perceptions of the role of women in society, the lack of flexible, senior positions, out-dated and rigid workplace practices and the persistence of gender stereotypes. These barriers all contribute to the Gender Pay Gap in Wales and prevent the skills’ shortage from being significantly reduced.

Amy was previously the Research and Transnational Manager on Chwarae Teg’s  ESF and Welsh Government funded Agile Nation Project. In this role, Amy managed research into four areas relating to women’s progression in the workplace (listed below). One of the key areas that Chwarae Teg has focused on over the years has been the lack of progression of women in STEM careers in Wales; Chwarae Teg has commissioned research in this area, developed pilot projects in schools and written recommendations on how to ensure the skills shortage is reduced in Wales.  During her time at Chwarae Teg, Amy has developed an online Transnational Toolkit to assist organisations in setting up collaborative projects with other countries. In addition to this, she has designed a Working Transnationally training session that complements the Toolkit and demonstrates how to incorporate a global perspective into existing programmes.  Amy’s background in Youth and Community work has always had an international twist and she has been involved in transnational projects from an early age. She has been fortunate to be able to fully utilise her skills at Chwarae Teg and concentrate on her five main passions in life: family, friends, fairness, food and all things foreign.