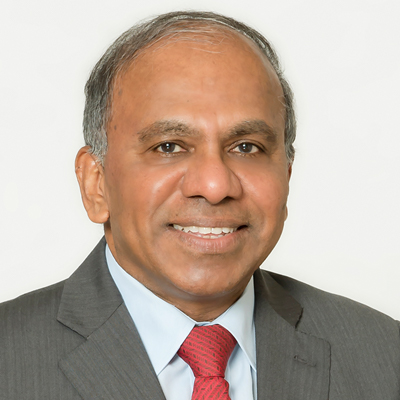 Subra Suresh, who was appointed the Fourth President of NTU Singapore in July 2017, is an eminent American scientist, engineer and entrepreneur with decades of distinguished and impactful leadership in academia, industry and government. Nominated by United States (US) President Barack Obama and unanimously confirmed by the US Senate, Prof Suresh served as the Director of the National Science Foundation from 2010 to 2013, managing a US$7 billion annual budget. His other recent leadership roles include his tenure as the ninth President of Carnegie Mellon University and as Dean of the School of Engineering at the Massachusetts Institute of Technology, where he was a faculty member for two decades. Over his career, Prof Suresh has made the push for more equal gender representation in science, technology, engineering and mathematics (STEM) disciplines. His own research in materials science and engineering, mechanics and biomedicine has helped to shape fields and technologies at the intersections of engineering, science and medicine. Prof Suresh holds the distinction of being the only university president elected to all three US national academies of Sciences, Engineering and Medicine, in addition to his election to the American Academy of Arts and Sciences, and the National Academy of Inventors. He is an elected member of 15 science and/or engineering academies based in the US, China, France, India, Sweden, Germany, Italy and Spain. He has over 300 research publications, 26 patent applications and 18 honorary doctorates, and co-founded a technology start-up. An independent Director of HP Inc, Palo Alto, and a member of the Global University Leaders Forum in Davos, he serves on numerous boards and councils, including non-profits, in Singapore and abroad.